We have just announced the 2019 class of Rick Hopcraft memorial scholarship awardees, and we hope that learning a little bit about them will motivate you to donate to fund these scholarships and replenish the fund. 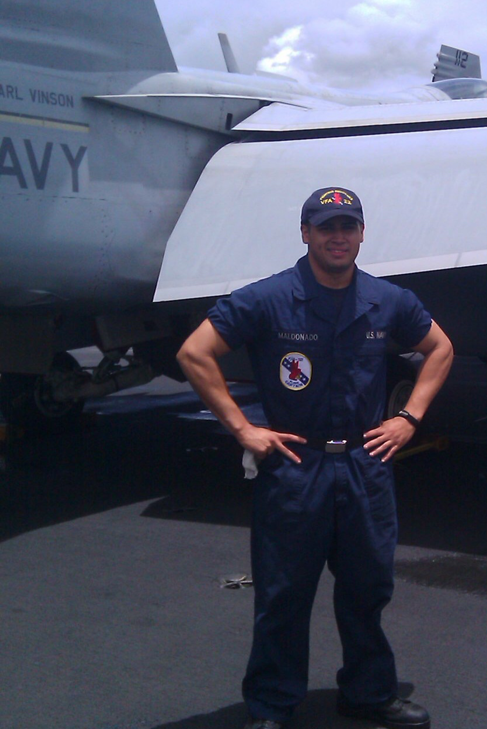 John Maldonado
John went to Great Oak High School in Temecula, where he played football and ran the 200-meter and four-man 400-meter relay for the track team, graduating in 2008.

John is an avid surfer, and nature lover. He has volunteered at the West Los Angeles Veterans Affairs Veterans Native Garden, which has inspired him to pursue a career in urban planning. John hopes to develop communities with features that inspire.

Upon leaving military services John enrolled in Long Beach City College and served as Vice President of its Veterans’ Club, and after transferring to UCLA, helped lead the campus Student Veterans of America Chapter. John is currently the Program Coordinator for UCLA’s Veteran Resource Center and an incoming graduate student at UCI.

John is a first-generation college student from his family. He is going to pursue his Master of Urban and Regional Planning from the University of California, Irvine. “It is my intention with this degree to serve the Orange County community as a city planner,” said John. “I plan to use my education to help implement mixed-use properties in underserved communities, and help revitalize commerce and provide places of recreation.” 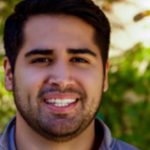 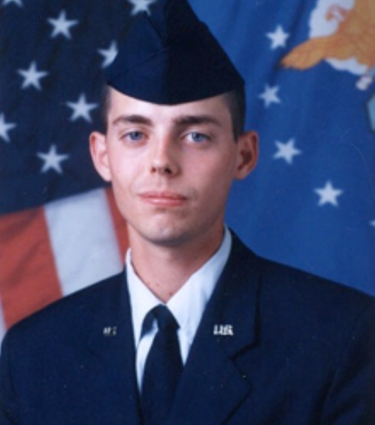 While in the Air Force, Justin has pursued his education at area community colleges. Over the past four years he has obtained thirteen Associate of Arts and Science Degrees in a broad range of subjects, showing his thirst for knowledge, and to find his post-military career. Justin is pursuing a B.A. degree in Art History, with a minor in Anthropology, at CSU Fullerton, as well as a B.A. in History at U.C. Riverside concurrently. Justin plans on graduate studies at The University of Redlands to pursue a M.A in Education, and then to teach.

“My family and I have faced many challenges, including a period of homelessness. The guidance and self-discipline I learned in my military service has prepared me to face all the obstacles, and to do so as a team with my family. My younger sister suffers from mental disorders, and I work with her to help her transition to the adult world. My mother has endured multiple job losses, but to this day she inspires me with her hard work as a school crossing guard. We have stacked our efforts together to meet everything life throws at us.”

I have a passion to use my experience to teach young people about history through art, showing how during war and peace, humans have created images of beauty and power to reflect their experiences. 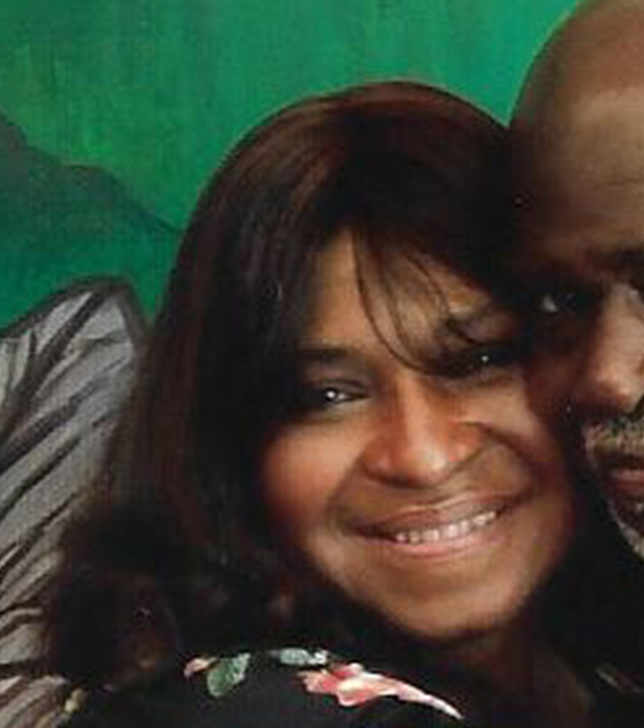 Tina went to San Clemente High School, joined the US Marine Corps right out of high school, served for 12 years (1981-1993), and is a Gulf War Veteran.

Tina is enrolled in the Pre-Law program at Santa Ana College. She is working towards certification as a Veterans Advocate/Mentor in the Orange County Criminal Court system.

“This award will help me towards my goal to work with veterans who are criminal defendants in the Orange County court system, helping them understand their criminal proceedings, attending their court dates, and helping them resolve their difficulties with their court proceedings, but also their VA healthcare and benefits. I will help military veteran defendants identify goals, the necessary steps to accomplish them, gain feedback and track their progress.”

Tina has worked for three years as a Private Investigator with Orange County’s criminal In Pro Per defendants in the Orange County jails under the direction of the Orange County Alternative Defense Department, visiting and listening to the concerns and opinions of inmates and state prison correctional officers. Tina founded and operates “Angels for Justice,” an equal-justice-for-all advocacy group that works with at-risk youth, inmates’ families, law enforcement and criminal justice policymakers.

Tina had four young children when deployed overseas. Her youngest son has mental health and learning disabilities. After her military service, Tina and her family found themselves homeless for a time. Her son was hospitalized and also jailed for minor offenses.

“I have faced challenges every step of the way, and am determined to help others confronting similar obstacles,” says Tina. “Knowing the law allows me to help others caught in the criminal justice system. I work to help others not repeat their history of self-destructive behavior, to help former offenders successfully transition back into the community”

“I have assisted former inmates find jobs to keep them from going back into the system. I have gotten legal counsel for criminal defendants that needed help in fighting their charges. I have also assisted the local Innocence Project in getting a number of innocent men released from prison. I also assist family members of inmates to visit their loved ones and to stay connected to them. I have also taken an at-risk youth into my home until he graduated from high school, and went into the military.”

Tina holds an A.A. degree from Saddleback College (2001). At Saddleback, Tina served as a Student Senator and Associated Student Government Budget Committee member, as well as President of two clubs for 2 years, the Student Athletics Trainers Club and the Black Students Union. Tina was a student athletics trainer, traveling with and taking care of the men’s and women’s track and field, basketball, swimming and diving, and water polo teams, as well as working with the football team at home. 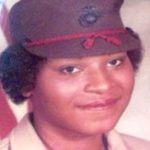 We have just announced the 2018 class of Rick Hopcraft memorial scholarship awardees, and we hope that learning a little bit about them will motivate you to donate to fund these scholarships and replenish the fund. 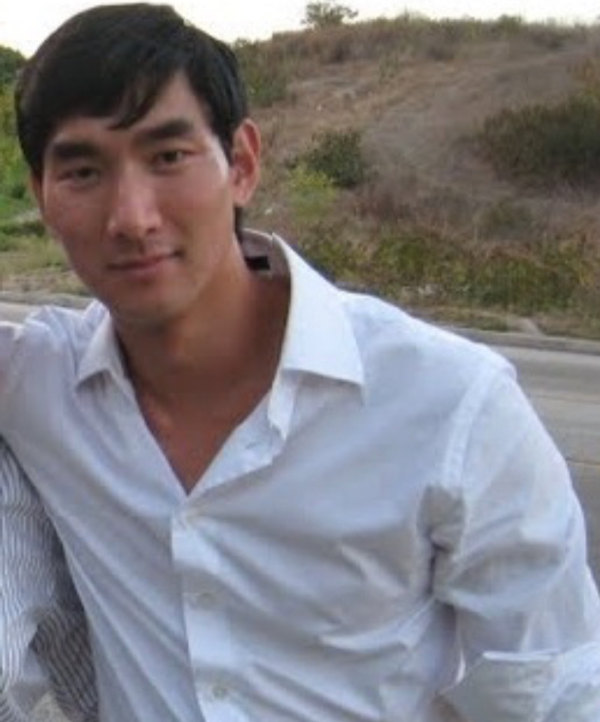 Alex Juhn
Alex is a returning Rick Hopcraft scholar, and has been awarded $2,500 to continue his studies in Business Administration & Management at UC Irvine. Alex served as a Field Radio Operator attached to the 81mm Mortar Platoon of Weapons Company 2/23 in the U.S. Marine Corps in Iraq. He received numerous awards, including the Navy and Marine Corps Achievement Medal, a Certificate of Special Congressional Recognition and a Certificate of Recognition from the California State Assembly. The son of immigrant parents who started a family real estate company, Top Realty, Alexander intends to pursue a career in commercial real estate, including internationally. 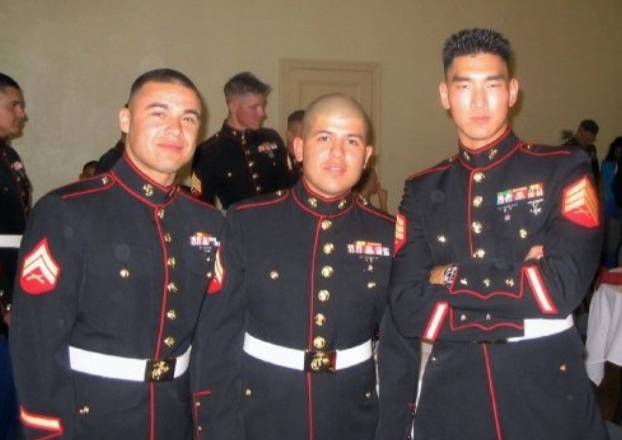 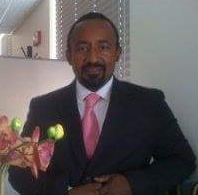 Carlon Manuel, 50, is the Pathway Innovation & Institutional Effectiveness Reentry Coordinator at Los Angeles Trade Technical College, and has facilitated “A Suit 4A Suit,” Veterans Clothing Closet, which has supplied over $700,000 in clothing to more than 500 veterans and active duty military members. Carlon is also the Veteran Resource Director at Casa De Rosa, a 35-apartment unit project for single Veterans with children located in the University of Southern California enclave in Los Angeles. He has a long history of community service. 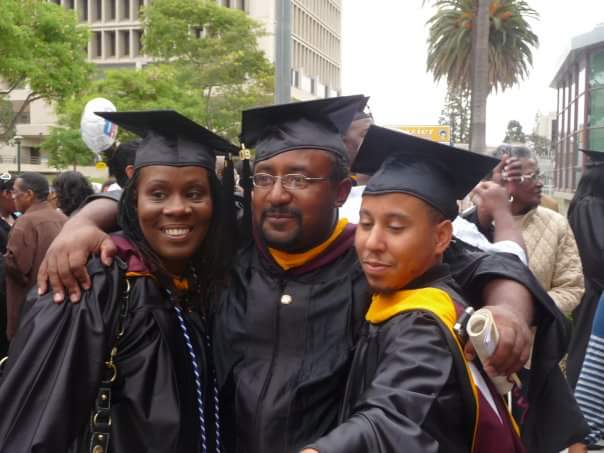 A U.S. Marine, Carlon will use the $15,000 scholarship to support his studies at the Argosy University, where he is pursuing a doctoral degree in Institutional Leadership in order to start a new non-profit organization, Indivisible Men. Carlon is a single father of six children. “After my military service, I became homeless. I pursued my undergraduate, and graduate studies while homeless, working out of Starbucks to put out job applications and showering at 24 Hour Fitness,” he said. “I was still homeless when I walked across the stage to receive my graduate degree. I intend to use my scholarship to further serve the Veteran communities in the region.” 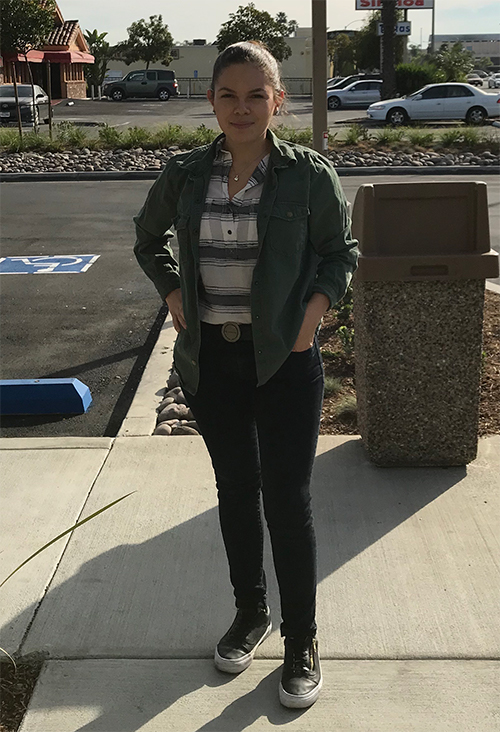 A U.S. Air Force member Angelica Garcia is the first female to receive a Rick Hopcraft Memorial Scholarship. Angelica has been awarded a $2,500 scholarship to assist in her pursuit of a B.A. in Psychology, especially child development, at Chapman University. A Tustin High School graduate, Angelica serves with the military police. “As the mother of a daughter, I was frightened to leave her behind to go through military bootcamp. But I graduated boot camp and, two years later, was on my way to a frightening deployment to the Middle East. It took all the courage I had. After long months, I was reunited with my daughter. However, I was physically home, but not mentally home. My daughter gave me the motivation I needed to push forward and re-enroll in school. I am attending my senior year at Chapman. It’s been a rough road, parenting, serving in the military, and being a student. I am determined to succeed, to provide a voice for children who lack one. I would enlist again for my country and family, without hesitation. I am the first generation in my family to attend college, and the Rick Hopcraft Memorial Scholarship award will help me reach my goal to give back to my community.”